skip to main | skip to sidebar

This is how Liberty dies... 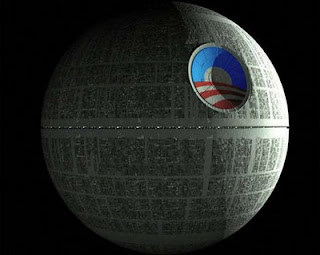 There has been a new blog started because of the election results. The Four Horsemen of the Obacalypse- Jimmy Carters Second Term Realized. I will watching this one to see what is posted. Enjoy the read.
Posted by Ampman88 at 11/05/2008 01:57:00 AM No comments:

My wife and I went out early this morning and voted. Our state of Kentucky went McCain, WOO HOO. Mitch McConnell has won his Senate seat, WOO HOO. Well, that is the good news.

As I am watching these results, only one thing left to do...START DRINKING. What are these people thinking? He is Muslim. He wasn't born in the United States. He is a Socialist. He has terrorist ties. His preacher is a wack-job. Doesn't anybody remember 9/11? I could go on and on about this guy. All I can say now is welcome to the Socialist States of America. We are going to become the ultimate nanny country until the money is all gone. Then the country will be so broke that my Great-Grandchildren will ask, "What happened Grandpa?" My only response can be, "Don't blame me, I voted for McCain."
Posted by Ampman88 at 11/04/2008 08:20:00 PM No comments: 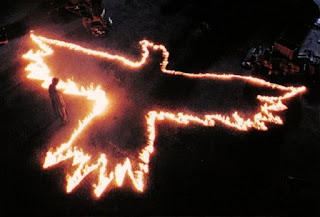 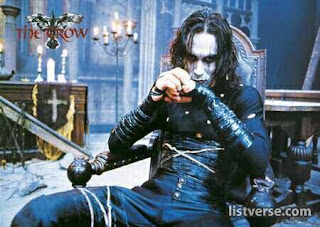 This is my favorite movie of all time. I can't count how many times I have watched it. Too bad Brandon Lee died making it. Even though the movie is action packed with alot of killing and vengence, it is a love story. Eric Draven and his fiance Shelly Webster are murdered on the night before their wedding day, October 31st. A year later Eric returns, because the crow brings him back to make the wrong things right, to advenge their murders.

Many times others have tried to make another Crow movie. The only one that I can truly say that can even hold a candle to the original Crow would be Salvation. The reason that I say this, is because the writers of this version made it stand on its own instead of trying to have the actor be like Brandon. Wicked Prayer, eh it was ok, more action than substance. City of Angels SUCKED. They tried to hard to have the success that the first Crow had. That happens to most sequals.

Here is a link to the original. Sorry if you get an Adult Friend Finder pop-up. That is Megavideo's fault.

I have added a new blog to the list on the right. I have been reading TCOARJ for the past couple of days. You can thank the GOC for that one. Well, here is a recent post from his site. I think he had my house bugged because I was just telling my wife this very thing. Enjoy the read...

I Can’t Afford Anymore “Change”
October 29, 2008 · No Comments
Tonight is the big Obamamercial on tv tonight. He’s just lucky he did’nt schedule half hour last night and interfere with me watching NCIS. That would have really pissed me off. Thank g-d for “On Demand” cable, so while the Obamessiah is selling you his snake oil he calls “Hope & Change”, I’ll be watching something else like “Lethal Weapon 3″ or a CSI rerun.

I got to thinking today, George Bush has been President for almost 8 yrs. We have not experienced the horror of another attack from Islamofacists since 9/11, and for the first 6 yrs of his Leadership the economy for all general purposes has been good. We’ve had high levels consumer confidence and gas prices that at an average were around $2.25 a gallon, low unemployment and the stock market was setting records with the Dow Jones average at around 14000. Americans were spending money on trips and cars. Then “Change” happend.

In 2006, Americans gave the Democrats the majority in both the House of Reprentatives and the Senate. What do we have to show for that now? All that “Change” the Democrats have promised has left us with less change in our pockets. Home Foreclosures are at a record high, the value of our homes (equity) has fallen, gas was over $4.00 a gallon, the Dow Jones Stock Average took a nose dive, and consumer confidence is now at an all time low.

I don’t know about you, but I don’t think I can afford any more “Change” that the Democrats have in store for us, particularly Barack Obama who wants to take “Change” from those who work and turn it into cash for those who don’t by “Spreading The Wealth”.

Memo to Barack Obama……Keep the change!

NFL.com has learned that the Cincinnati Bengals football practice was delayed for two hours earlier today. One of the players, while on his way to the locker room, happened to look down and notice a suspicious-looking, unknown white powdery substance on the practice field. Head Coach Marvin Lewis immediately suspended practice while the FBI was called in to investigate. After a complete field analysis, the FBI determined that the white substance unknown to the players was the goal line. Practice was resumed after FBI Special Agents agreed that the team would not be likely to encounter the substance again.

Things that make you go AAUUUGGGHHHH!!!!!!

Houston receiver Patrick Edwards got Theismanned when he ran into a train of carts that, for reasons neither known nor apparent, were in the vicinity of the field of play during Tuesday night’s game between Marshall and Houston. (1:15)

Is Obama a Citizen of the US?

More evidence that Obama is a SOCIALIST

Obama doesn't want you to have guns

Barack Obama - Yes I Can Make Us Defenseless And Still Fight Al Qaeda in Pakistan. Huh???

Just tell us the truth...